As discussed in Backclocking A5/1, not all A5/1 states can exist after 100 rounds of majority clocking.

Since the A5/1 state is 64 bits wide, the number of possible states is 264. Not every state can be clocked back. The following table gives the number of illegal states when considering backclocking.

This means that only 16% of states can actually exist after clocking forward 100 times.

This also implies that only 16% of possible 64 bit keystreams can exist. Since we take 64 bits of keystream as the next state in chain generation, we have to make sure that we map the reduced keystream space into the 264 size 64 bit space again, by using enough suitable round functions. 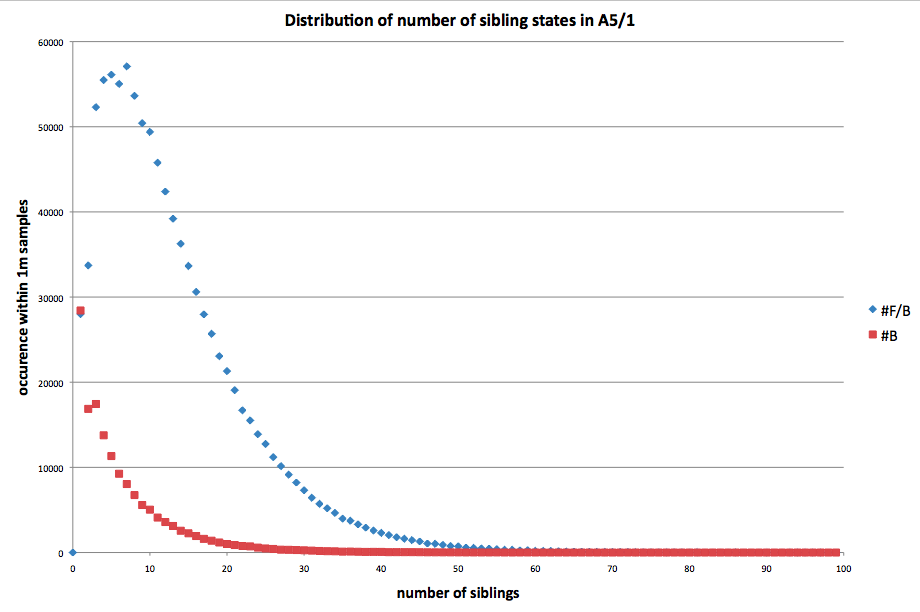 The peak is around 6. A uniform distribution from 264 sized initial state space to 16% of that space, would indeed lead one to expect that every valid state has 6 ancestors.

However, these numbers seem to indicate that A5/1 converges to a smaller group of favored states, since the weighed average is twice as high. In other words: we see 1m states that have 13m ancestors. This figure illustrates what happens:

The two dashed lines show that:

The figures below give more detailed data on group size distribution. 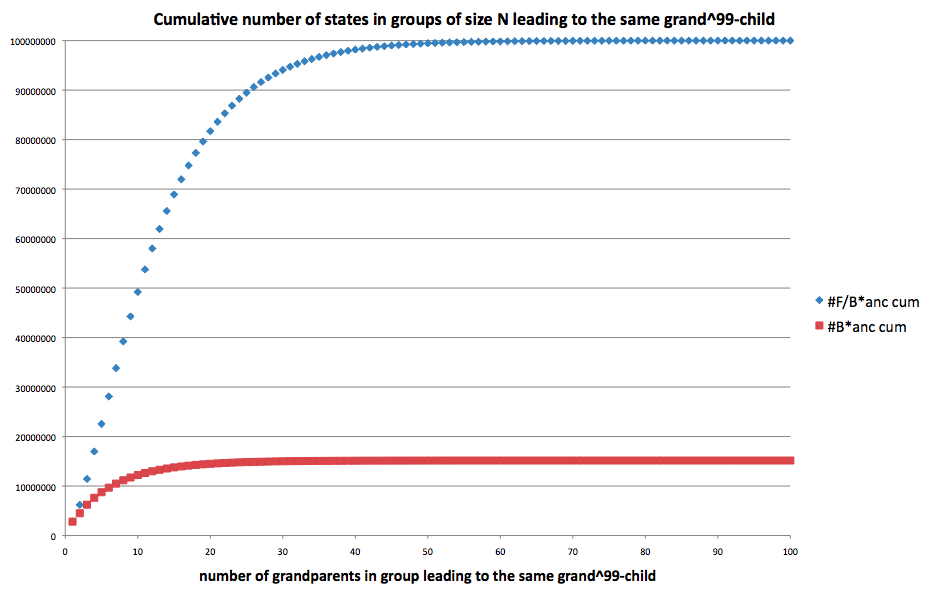 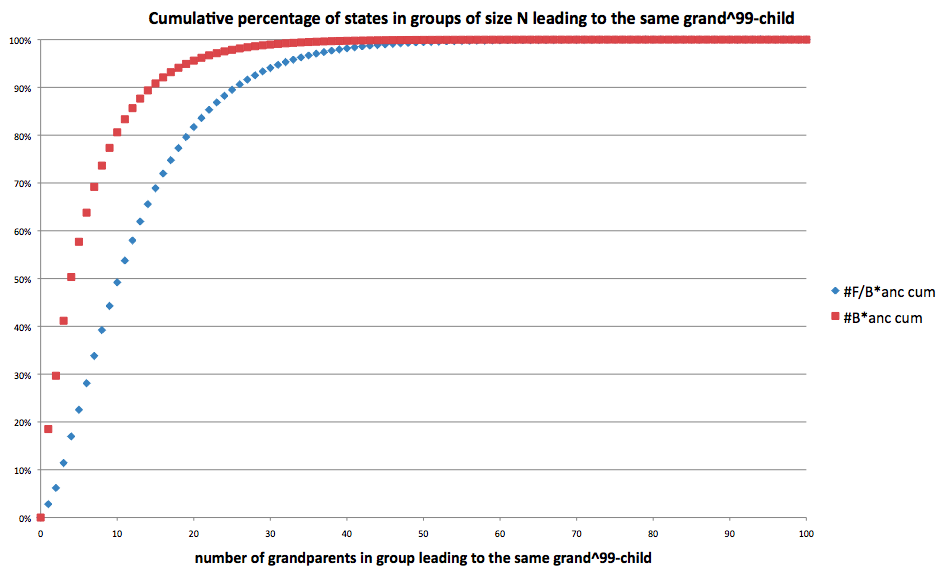 (Explanation: same as the above but in % of total.)

This figure clearly shows that (ceteris paribus) only using valid states will increase the amount of mergers.

Updated by Sascha over 8 years ago · 3 revisions